There are times in the calendar which call for some meaningful procrastination. The summer lull, the Christmas-to-New Year bridge when everybody seems to be on holiday but you: the time of year when we tackle saved-up jobs and get a little bored in between.

If you feel the need for justification, check out this research, which found that some online bumming about can make you more productive. And if cat videos on YouTube are not your thing, TED Talks are your best friend.

The very first TED conference was held in 1984, with talks about the first eBook and on 3D graphics from LucasFilm. There are over 1,700 TED Talks to watch online and counting, and some will turn out in time to be as prescient as the ones mentioned above.

3 things TED Talks are excellent for

This famous talk is an astonishing example of human resilience. Neuroanatomist Jill Bolte Taylor describes the experience of having a stroke:

The next thing my brain says to me is, “Wow! This is so cool. This is so cool! How many brain scientists have the opportunity to study their own brain from the inside out?”

Orchestra conductor Benjamin Zander explains through music one of the key principles of leadership:

It’s not about wealth and fame and power.

It’s about how many shining eyes I have around me.

Ruby Wax uses her TED Talk to warn that the stigma of mental illness is a serious threat to the survival of our species:

How come every other organ in your body can get sick and you get sympathy, except the brain?

Jargon, it’s fair to say, is a pet peeve of mine. So here’s one of my favourite TED Talks making excellent fun of people spouting nonsense to cover up that they haven’t a clue what they’re on about, and audiences being a willing accomplice:

Over to you: what’s the TED Talk you tell other people about? 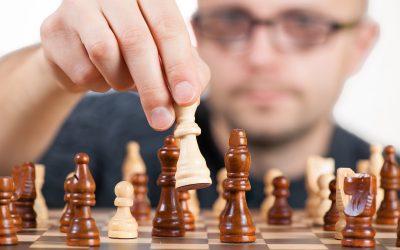