This time last year I was in my office assembling a coat stand. It had been hanging around in its box for weeks after the old one had collapsed under the weight of our wet winter gear. The second floor, normally home to some 80-odd people, was empty bar a few colleagues working by the glow of the festive lights and the soundtrack of crowds of bargain hunters in one of Oxford’s main shopping streets.

It’s oh so quiet… so get creative

I’ve often worked over the festive period, holding the fort while most of my colleagues were off. I’ve never really minded it, either. It’s a period to get things done that have slipped down the list, and to get them done uninterrupted and at your own pace. Any meetings that do happen tend to be interesting, because there is more time to go into detail while a slightly jolly mood does wonders for creativity too.

Apart from mucking out pedestals, digital housekeeping and racing through to do lists, the slow period is also a brilliant one for connecting with a few people around you. Some of those colleagues sitting on their team’s island on their own will be relishing the peace and quiet. Others will feel uncomfortable or frankly bored without the stimulation of others. Both are likely to enjoy a well-timed chat.

I recall a very enlightening one several years ago with a colleague whom I’d worked with for several months. I didn’t understand his very specialist finance role at all well and he always seemed to be on the fringes of our lively team meetings. I simply asked him the question what was on his plate as I handed him a steaming mug of tea and a mince pie. He spent the next 40 minutes taking me through a number of things I had so far understood only the broadest of terms – also because our busy team meetings at the time did not accommodate such an in-depth explanation of his priorities.

This taught me a number of things: first of all, I finally grasped some very important financial aspects of our programme which I should have understood much sooner. Second, I could have asked him months earlier to sit down with me and talk me through it all. Third, my very introverted colleague turned out to be an ace at patiently explaining complex financial issues in layman’s terms, and I wondered about what our team was missing out on. Fourth, our team meetings were clearly in need of an overhaul.

… and reap the results for months to come

My chat with my finance colleague helped me a great deal in my own role over the next year; my new insights proved invaluable on several occasions. I was also able to ask him very specific questions, and he’d be able to cut to the chase in his answers, knowing I had much of the detail already. And I was also able to refer the right kind of questions from other people to him, and make sure people shared information with him which he really needed to know about. Going out and gathering information wasn’t his strong suit, you see. And yes, the team meetings underwent a major revamp, and turned into inclusive sessions where work actually got done and not simply discussed.

Over a mug of tea and a mince pie or two, our uninterrupted, impromptu catch-up turned into a structure both of us used well over the next year and which helped our work a great deal. I reckon the slow days between Christmas and New Year are excellent coat stand assembly time. 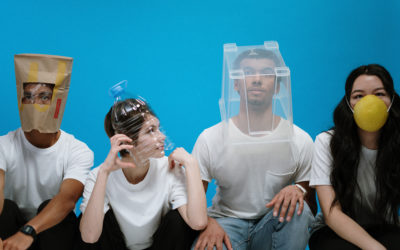 Give me a pound for each time someone has told me they have had to cancel their long-planned trip to the museums of Rome, their week at Glastonbury or their photography course in the hills of...

If only we could silence that nagging inner voice at will…

Your inner nemesis is rearing its ugly head: incessant mental chatter. Those nagging thoughts that pop into your head at the most inopportune times to mess with your mojo. How can we deal with our inner voice, when it isn’t helping us?