The cost of underestimating stakeholders

In 1995, Greenpeace led a campaign to stop Shell from retiring a redundant oil storage facility, the Brent Spar, by sinking it into a trough off the coast of Scotland. The campaign raised the question of whether the creatures on the seabed could be considered to be stakeholders. A global debate erupted and took on a political hue while stakeholder theorists were having a field day.

Stakeholders: not to be confused with shareholders.

We don’t need to own shares or have a formal relationship with a company to influence its success. A vocal minority can achieve much by lobbying those who do and by making use of media coverage to get the masses on their side. Stakeholders are also not necessarily people: they can be organisations and they can even be voiceless organisms.

As Shell found at a price, well-connected opponents can raise hell. The loss of sales due to consumer boycotts was estimated to be between £60 and £100 million. The loss of political goodwill across Europe resulted in further complications for the multinational, which is dependent on licences to operate in national and international waters.

The Brent Spar case is of course a spectacular example of a very large organisation completely underestimating its stakeholders. It was only under immense pressure and with hours to spare that Shell called off the sinking of the Brent Spar. It was eventually recycled into harbour facilities.

Better reasons to engage your stakeholders

Financial losses are often an important reason for engaging with stakeholders. It’s a shame, because if it has become clear that losses are on the books, there is very likely a serious problem in the eyes of your stakeholders. They tend to vote with their feet.

Here are some reasons to not wait around for disaster to strike and get up close and personal with your stakeholders while the going is good.

Stakeholders are a rich source of information. Think about product development and service improvement: your current prospects and customers can give you valuable insight into how you are doing.

What is it like to use your stuff? Does it continue to deliver on their expectations? What about value for money? And if they could wave a magic wand at your product, what would happen?

Cast your eye beyond what you’re focused on yourself and examine the wider landscape. How do you compare to your closest competitors? What are your competitors good at, that you can learn from?

In addition to learning from your customers and doing your market research, you can tap into other stakeholders who can tell you where you feature on the map. For example, what do expert bloggers think of your product or service? How are competitors’ products discussed on user forums?

An oft-overlooked stakeholder is the internal one: you, and your own people. Staying close to your internal stakeholders means having a finger on the pulse of organisational mood. This matters, because like customers, staff can vote with their feet and even decide to undermine your purpose from within.

Internal communications that flow both ways are absolutely essential here. As with the above examples it will pay dividends to start this before crisis hits, so you have established mechanisms and relationships to draw on when times do get tough.

In December 2016 my first book, Understanding Stakeholders was published by Bookboon.com.

Synopsis: The emphasis of this book is on understanding stakeholders through five organisational lenses: senior leadership, the HR function, project management, marketing and communications and customer services. Stakeholders are considered slightly differently by each of these functional perspectives. By visiting each perspective we will pick up additional approaches and stakeholder methods and reduce potential confusion when working across functions.

To see the Table of Contents or go straight ahead and buy a copy, click on the image below. 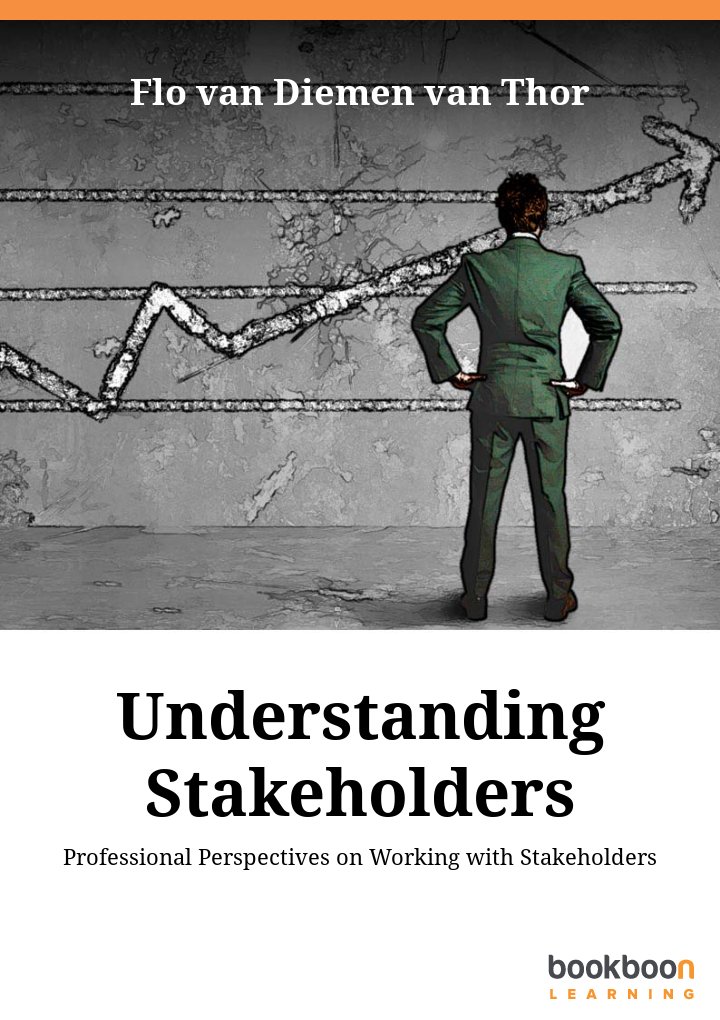 Voting in 2016 shows just how much stakeholders matter

If there is anything 2016 has taught us so far – and we still have seven weeks of it left! – it’s how understanding our stakeholders can make or break our ambitions. In the wake of the latest political upset, the US presidential elections, another camp is engaged in head scratching and soul searching. How could it possibly have gone so wrong, and how could so many signals have been missed?

Some are engaged in the blame game, while others are taking stock to make some shocking discoveries. When push came to shove and the red pencils finally hovered over the ballot papers it became clear that they did not understand their key stakeholders well enough to win the ballot – or even understood their real concerns at all.

Understanding your stakeholders properly without kidding yourself in the process turns out to be more important than ever. It’s a hyper-connected world we live in – we have known that for a while now. People who would have been virtually voiceless just a few years ago are major influencers today with hundreds of thousands or even millions of followers on social media, etcetera, etcetera.

But something more sophisticated is happening at the same time. Where people can choose to follow a YouTube vlog or Twitter influencer, social media themselves are starting to take on a life of their own, choosing what to put in front of users based on their browsing habits.